Skip to content
Posted by Richard_calder on 22nd February 2012 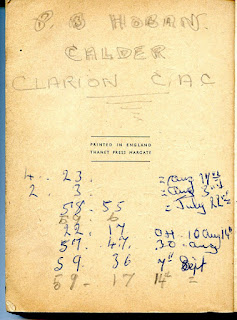 While rummaging on a stall at a small jumble recently, Paul Gittins came across two old cycling handbooks with yellowing pages. They were copies of the 1958 and 1959 RTTC Handbooks.


When Paul looked more closely,he realised they had belonged to non other than Barry Hoban, who had written his name in both along with some notes of times achieved.


Paul remarked “their was a pile of handbooks of varying vintages but the guy selling them didn’t seem to know much about them – but I realised straight away what they were!  Perhaps these too may be of interest, especially to older members.” 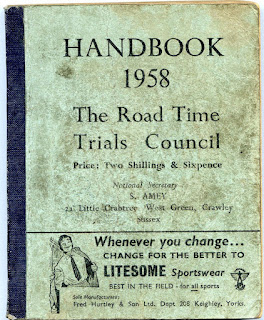 Both front covers carry advertisements for Litesome Supporter, more commonly known as the jockstrap. It’s interesting to note that the 1959 Litesome is endorsed by early Tour de France star Brian Robinson from Huddersfied. 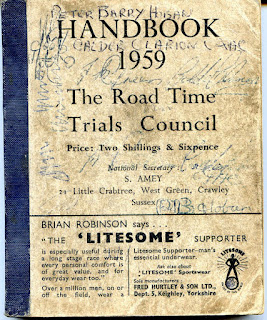